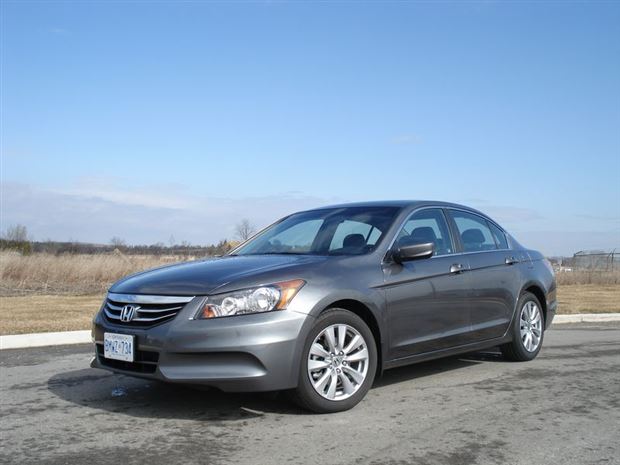 Having been redesigned for 2011, the Honda Accord continues into 2012 almost unchanged. A USB connector is added to the base SE sedan, making the feature standard in all models.

An optional 3.5-litre V6 with five-speed automatic uses Variable Cylinder Management, which shuts off either two or three cylinders under light load for improved fuel economy. The V6 coupe can also be ordered with a six-speed manual transmission, and its 3.5-litre engine uses variable valve timing and intake system for sportier performance, without the cylinder management.

The EX V6 sedan is equipped similarly to the EX, but adds chrome door handles.

The EX-L V6 sedan is equipped similarly to the EX-L, but adds chrome door handles, fog lights, four-way power passenger seat, and garage door opener. The model can be further optioned to the EX-L V6 with Navigation.